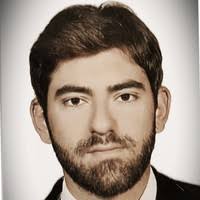 Carl is currently a Contract Engineer at Subsea 7 Paris office. He is a member of the Europe team at the Association of International Petroleum Negotiators (AIPN) and former Vice-President of the AIPN Club at the University of Aberdeen in Scotland.

He has a developed experience in Engineering, Procurement and Construction contracts, Maritime Law, Unitization, Joint Operating Agreements, Exploration and Production Agreements, Farmouts, Health, Safety and Environment, as well as in participating in the creation and promoting of the Oil and Gas
Legal Framework in Lebanon.

He has worked as a Lawyer at Hyam G. Mallat Law Firm in Beirut, a highly work friendly environment, representing and acting honestly, fairly and professionally on behalf of big national and international clients on all subject matters ranging from cases involving Corporate Law, Property Law, Insurance Law, Labor Law as well as advisory work and litigation.

He is practicing as a member of the Beirut Bar Association upon completion of studies at the University of Aberdeen with an LLM in Oil and Gas Law (with Honours) and at the Paris 2 Pantheon-Assas University in Paris, performing top in Energy Law. He is fluent in Arabic, French and English.